John Oliver repeats healthcare myths in his coverage of gender bias in the healthcare field.

John Oliver hosts a weekly show called Last Week Tonight on HBO, covering current events and weekly news. Last night, the show featured a segment about biases in the American healthcare system. Highlighted was the discrimination women face in the US healthcare system, and a narrative was presented of inferior treatment available to women You can see the segment here.

The piece claims that women are disadvantaged and face unfavorable circumstances in the sphere of healthcare, in comparison to men. As can be seen in the segment, two main points are raised:

This article will argue that this position is a misleading and one sided position that ignores a much larger picture, and fails to consider direct comparisons between the state of men’s vs women’s healthcare. The arguments in favor of a overall bias against women ignores the statistical realities of healthcare and gender; to say women are more disadvantaged in healthcare is just not logically correct. A particular issue the segment focused on was heart disease, and the disadvantages women experience in regards to heart disease and the medical field’s coverage of it. This article will break down why statistically it is men, not women, who fair less favorably from heart disease in the United States.

Firstly, a standard piece of common knowledge- men have shorter life expectancies than women, and die younger than women. This alone would be considered a massive issue were the genders reversed- if women had the shorter life expectancy and died younger, the gap would be considered a major and urgent point of public policy. It would be commonly cited as a major burden and life disadvantage women face, and would be used to justify a heavily disproportionate degree of research, funding and healthcare programs for women. Yet since it’s men who die younger, this gap is completely ignored. No one talks about how it’s an major inequality or healthcare issue, and no one talks about how it should be solved.

A major point Oliver made on the segment was the unique challenges women face regarding heart disease and specifically heart attacks. Oliver listed a common cited myth that heart disease symptoms are different for women. This myth is frequently repeated- that women’s heart attack symptoms are different from men’s, and consist of a sore jaw, nausea, light-headedness, etc- but is completely false. In reality, men and women experience the same symptoms of heart disease, as found on the webpage for heart attack symptoms by the American Heart Association. Take a look at a quote from the page:

“As with men, women’s most common heart attack symptom is chest pain or discomfort. But women are somewhat more likely than men to experience some of the other common symptoms, particularly shortness of breath, nausea/vomiting, and back or jaw pain. “

Notice two things- firstly, that women’s most common symptoms are said the be the same as man, chest pain/discomfort. Secondly, The language of the second sentence- women are only somewhat more likely to experience other symptoms, which really isn’t the same as an entirely separate list of symptoms at all. This means that men can (and do) experience these symptoms as well, so presenting them as ‘women’s issues’ can be dangerous, as a man might ignore them and miss vital time in treating an ongoing or pending heart attack.

Overall, men face a biologically increased risk for heart disease. Here the stats of prevalence of heart disease by the American Heart Association (AHA). You will see that men are twice as likely to have heart disease, and three times as likely to have heart attacks. You will see that that on the AHA website section for risk factors, male gender is listed as a risk factor. This is due to biological (testosterone) differences that make men at a higher risk, even when all factors are controlled for.

The Framingham Risk Score was/is the largest study on heart disease risk ever. It confirmed that when all factors are controlled and equal (smoking, diet, exercise, etc), men have a significantly higher chance of heart disease. The framingham risk score breaks down a person’s chances of developing heart disease- notice how there are two distinct scoring systems for men and women. Thats how much worse it is for men. Just look at the scores and compare- when a woman has 15 points, she has a 3% risk of heart disease.

For women: 10-year risk as a percentage, based on Framingham Risk Score total:

For men: 10-year risk as a percentage, based on Framingham Risk Score total:

When a man has 15 points, he has a 20% risk of heart disease. When a woman has 17 points, she has a 5% chance of developing heart disease. When a man has 17 points, he has an over 30% risk of heart disease, a 600% increase over women’s risk. You can try using a Framingham Risk calculator that shows what your risk score would be. Try it, try doing exactly the same stats but switching the gender and seeing what the difference between a man and woman with identical stats are.

Men are still very much behind in heart disease, in a truly equal system there would still be research to close that gap. It doesn’t work to say “oh, but historical research was more for men”, because men are still dying younger today, right now.

80% of sudden cardiac deaths are men.This means people who drop dead before there is even any chance of medical intervention or treatment.

Despite the significantly elevated risk factor men face for heart disease, there is a federal program called the WISEWOMAN program that gives free screenings to women from the ages of 40-64 who can’t afford health insurance. Men have no program, so if they can’t afford a screening, get nothing. Keep in mind the stats above, men in that age range are significantly more likely to actually have heart disease in the first place, but are left without any means of having it checked.

All considered, it makes little sense to say women face an uphill battle in healthcare in comparison to men. Women naturally live longer and have a biological advantage in longevity. Women have more funded research, more access to low income healthcare programs, and more political interest in their wellbeing. Men die younger, but are only told they have it better. 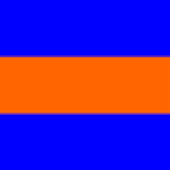